As we cannot separate our life from plants, they are indispensable to human life.  The plants play a very significant role in human existence,  unfortunately many of us don’t understand the importance of plants, we ill treat or neglect them as we are doing much favor to them, but in fact what we give them is minuscule and they reward us with huge packages which we don’t even care or spend time to understand there love to our existence.  Plants can easily survive without our care but we as humans and well evolved species cannot even survive without plants.

Through the process of photosynthesis, they convert the carbon dioxide which we exhale into fresh oxygen, and they give us the pure and healthy air to breath easily.

The very profound research done by NASA on indoor landscaping reported that indoor plants can filter the air of cancer causing volatile organic compounds and off gases from the indoor air like formaldehyde, benzene, xylene, toluene and trichloroethylene.  The potted mixture which contains some beneficial micro organisms also play a very important role in cleaning the airborne toxins.

The best part of the indoor plants which makes them more striking and beautiful is their foliage.  Dr. Bill Wolverton  former research scientist who conducted the clean air study says that the indoor plants are the Natural Indoor Air Purifers and the foliage plays a vital role in cleaning the air toxins, the size of the foliage and the amount of the leaf surface area influences the rate of air purification.

The botanical name of Ficus Alii is Ficus binnendiijkii ‘Alii’.  This plant does not exist in the wild, it is a man made hybrid created just a few years ago.  Other common names for Ficus alii include Saber (or sabre) Ficus, Carrion plant and Long- leafed fig.

The Ficus alii plant is said to be a great Natural Indoor Air Purifers.  According to the NASA’s clean air study research, Ficus alii is listed as one of the best indoor air purifier which can effectively eliminate the carcinogenic chemicals like benzene, formaldehyde, trichloroethylene and other airborne toxins from the air which are found in our household synthetic products.  The efficiency rating in indoor air purification is 7.7/10.

The Ficus alii foliage is very striking and attractive with long, narrow and naturally glossy type, beside these fascinating features it also rewards you with fresh and healthy air which makes you breathe more easy and safe.

It likes to have plenty of light throughout the year.  As this plant is not much thirsty, so over watering the plant should be avoided and one should check the moist content of the soil and then water the plant.

These plants are considered poisonous and should be kept away from kids and pets.

Lily turf grows outward more than upward, which has earned the name “creeping lilyturf”.  This is a perennial, herbaceous and flowering evergreen grass like foliage with glossy, dark green leaves and they grow ‘8-10’ inches tall.  One of the interesting thing is, it produces lavender colored flowers that bloom in the summer.

It is one of the listed Natural Indoor Air Purifers by NASA which can filter the carcinogenic chemicals like formaldehyde, xylene, toluene and ammonia from the air.  Apart from indoor air purification, it is mainly used in landscaping because it has a tendency to spread aggressively.

It requires minimal care and maintenance and it can grow in almost any amount of sun light from full sun to deep shade.  As over watering is not good for many plant, it should be watered regularly in the active growing seasons and less water in resting phase.

It is classified as nontoxic plant to cats or dogs.

The Syngonium is scientifically known as Syngonium podophyllum, it belongs to the family Araceae.  The origin of Syngonium is Brazil, Bolivia, Ecuador and Mexico.  It is commonly known as Arrow head plant or vine, Tri leaf wonder, Nephthytis, African evergreen, Green gold Nephthyis, Goose foot plant and Five fingers.

Syngonium is an excellent detoxifier and Natural Indoor Air Purifers.  According to the NASA’s clean air study research they listed out Syngonium is one of the best indoor air purifying plant which can effectively remove the toxic chemicals in air like benzene, formaldehyde and other airborne toxins from air.

The syngonium plant lives happily in low to medium light conditions, the striking part of the plant is its foliage with arrow shaped leaves.  The leaves of this plant are very beautiful and has a variegated patterns of cream, white and green color.  The plant does well indoors as a trailing, climbing or hanging basket or it can be just used as tabletop plant by pruning the leaves when needed.

It is classified as toxic plant, which is poisonous to pets.

It is scientifically known as Brassica actinophylla.  Schefflera is a genus of flowering plants in the family Araliaceae.  The common names are umbrella plant, schefflera, Octopus tree, Dwarf umbrella tree and Parasol plant.

Schefflera is a one of the popular indoor air purifying plant which is best suitable to home and office purpose, which also adds the aesthetics to the place.  According to the clean air study research conducted by NASA, Schefflera is listed out as the best indoor air purifier which can easily filter the airborne toxins benzene, toluene, formaldehyde and other toxins from air.  Schefflera is a plant which can remove toxins emitted by smoking and makes the surrounding air more quality based and safe to breathe.

It is the best indoor plant which became more familiar in every home because of its easy going attitude, which requires very minimal care and this is the best plant to pick for the beginners who generally don’t have a green thumb because it can sustain intolerance and negligence to some extent.  An umbrella plant is best suitable for indoors and also public areas like offices which also adds aesthetics and enhance the productivity in work places, it is one such plant which brighten up the dull corners.  One more plus point is that it last for long time.

The best part in major indoor plants is foliage, it plays a major role in attracting and also plays a very functional duty which helps to eliminate the airborne toxins.  Schefflera leaves are long, oval, shiny and droop down from a central stalk.  The leaves occur in clusters of 12 to 16 leaflets in a mature plant. They can grow to a height of 3 feet tall.

The best location for the Schefflera to live happily is it can grow well in indirect sunlight, warm temperatures and as most of the indoor plant are not thirsty, they need more water in growing periods and less water in resting phase.

It is classified as mildly toxic to pets.

The botanical name of Aloe vera is Aloe barbadensis mill.  It is from the family Aloaceae family, it is native to Southern Africa.  The common names of Aloe vera are Aloe, aloe vera, ghritkumari.

Aloe vera is a gifted plant with huge benefits.  The significance of aloe vera can be seen in large scale in various fields like cosmetics, medicinal and also it is very Eco- friendly plant which brings tropical look and aesthetics to the place.

According to the NASA’s clean air study report, Aloe is the best Natural Indoor Air Purifers which helps to remove household pollutants and other toxins.  It can effectively filter the toxins like benzene and formaldehyde from the air making the air more efficient and healthy.

Aloe Vera plant is a succulent which contain gel like sap which is very effective in healing the skin issues like cuts and burns.

It can also be used as night plant because it as a special property like it releases oxygen and absorbs carbon dioxide from the surroundings.

It is most popular and familiar indoor plant.  We can find Aloe Vera plant in every house from a normal house to high store buildings, it has become an essential and favorite indoor plant of every one with its demanding benefits.

Aloe Vera is a very easy going plant which can tolerate high negligence when provided with basic requirements like light and well drained water system.  It prefer bright and indirect light.

It is the best indoor plant with very low maintenance and care, in turn rewards you with much more benefits.

It is classified as mild to moderate toxic plant and toxic to cats and dogs.

Peperomia is from the piperaceae plant family,  which has about 1000 spices with in the genera.  It has various common names like creeping buttons, watermelon plant, dwarf pepper, crocodile tear, rats ear.  It is native to Southern Florida, the Caribbean and parts of South America.

It is a best indoor plant to add to homes and offices because it can be grown easily which requires very less space and can also use as table top plant.

The foliage of this plant is very striking and attractive with occur in many wide varieties.  The wide diversity of leaf shapes, color and plant structure makes peperomia a very special and versatile indoor plant where every variety has its own character and they also purify the air.

The best part of this plant along with all its desired properties is that, NASA in its clean air study report declared that peperomia is the best Natural Indoor Air Purifers which helps to remove the toxins and other pollutants from indoors.  It can very effectively remove nearly 47% of the toxic chemical like formaldehyde which is found in huge proportions in our indoors.

In some places like Brazil it is viewed as an agent of luck.  It is one of the plant you can add to home or office which is easy to grow and rewards you with unique looks and healthy air to breath.

It is classified as non toxic to pets or kids. 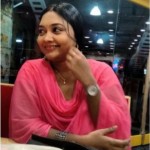